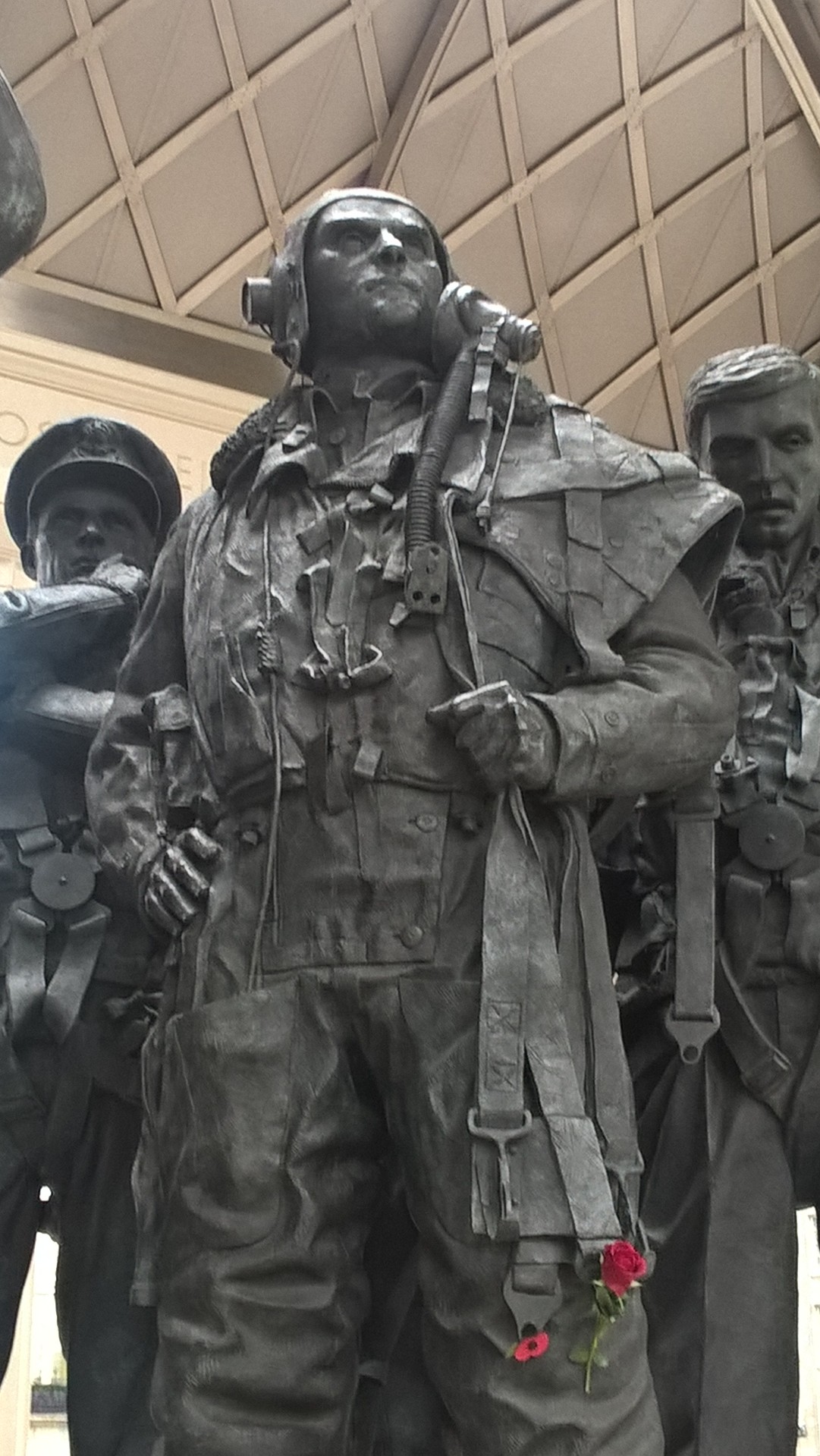 Every year at the Remembrance Sunday service, the ‘act of remembrance’ takes place over the 40 Commonwealth war graves in the churchyard. The Komhima address is read and the last post played to signal the start of the minutes silence.

If you are interested in who the fallen are at North Luffenham, there are 2 posts on this blog which provide information. In addition to the British airmen, we owe a debt to Canada, Australia, New Zealand, Kenya and Ireland (others I am sure but I have not identified). The contribution of the Commonwealth and other nations to the defeat of the Nazi’s is signalled in the churchyard.

There is a post concerning the World War 2 airmen graves – see this link. http://www.rafnorthluffenhamheritage.me.uk/?p=133

It should be noted that this only a percentage of the losses sustained and those captured in World War 2 in the operations from RAF North Luffenham and RAF Woolfox Lodge. For a wider view of losses from the operations of 61, 144 Squadrons RAF and 408 Royal Canadian Air Force over a 10 month period – see this link. http://www.rafnorthluffenhamheritage.me.uk/?p=1

Losses were also sustained in training and some of the aircrew resting in North Luffenham were from training accidents from other units. North Luffenham presumably being the nearest RAF station to the crash site.

For me every year the number of airmen who have unkown graves particularly seems to provide hurt to me. We know of the unknown soldier in the First World War but we have our own lost airman from North Luffenham and Woolfox Lodge.

Lest we forget their sacrifice for our today.

We have been reminded through the global pandemic that we need strong values and ideals and that in many cases we take these for granted. I have a view that we need strong and resilient nation states and allies to oppose dictator led states, who do not share our values and frankly are not benign to us and their own citizens. If we forget this we will be condemed to repeat our past.

On our today – despite what is happening where our armed forces are taken for granted and seemingly not backed by the state – I hope this will pass. For reassurance, what I see on Remembrance sundays, is the solid and in many cases quiet majority that provide the bedrock of this nation’s resilience and strength.

The more I research what happened at North Luffenham and Woolfox Lodge the more humbled I become. The people stories are in some cases incredible and very moving and reflecting extreme bravery – if you click the tab ‘people stories’ I have recorded some I have found. There are many and an example is the airmen flying the Avro Manchester. http://www.rafnorthluffenhamheritage.me.uk/?p=69