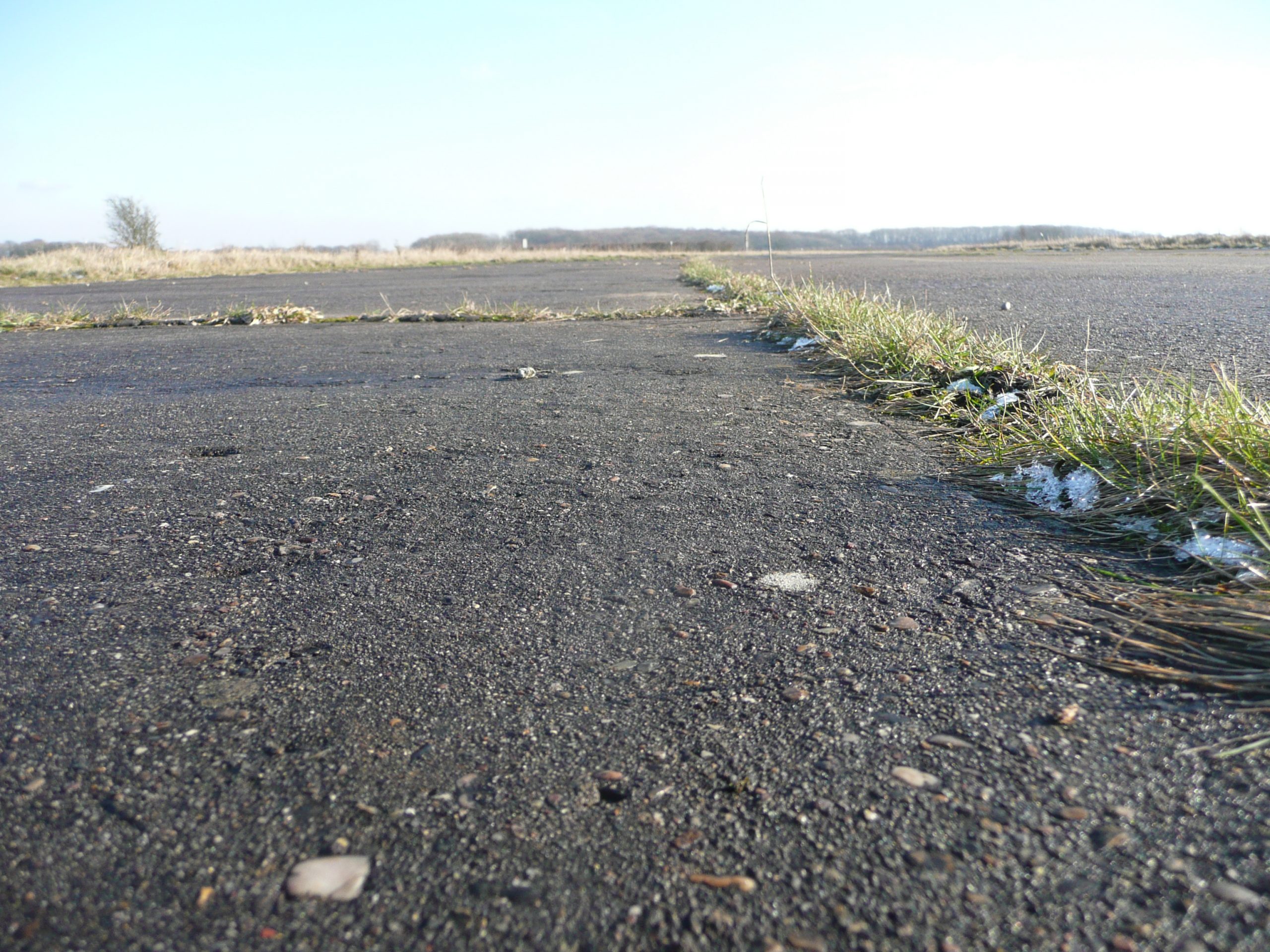 On the night of 2 September 1941 at 2030 hours Manchester L7388 lifted off on a raid to Berlin carrying a crew of 7 men. Over Berlin the aircraft was shot down by flak and crashed in the Schronefeld district of Berlin. All crew were killed and are buried in a Berlin War Cemetry. The aircraft was carrying 2 of the handful of the stations ‘executive’ senior officers, with the loss of both 61 Squadron Commander and the Station Commander.

The raid on Berlin consisted of 49 aircraft and Valentine’s Manchester was one of 5 aircraft lost that night (1 Manchester, 2 Hampdens and 2 Halifax). The overall losses that night for targets in Berlin, Frankfurt and minor operations, consisted of 12 aircraft out of the nights total of 201 sorties. This is a 6 percent loss rate. This would involve the loss from active duty of about 70 men for that night, although some of which would become POWs.

The loss of the 61 Squadron Commander and the Station Commander must have been a serious blow. The rules were changed after the loss, to ensure that squadron and station commanders could not fly operations together without special permission. It is possible that as 61 Squadron (as with other Manchester squadrons) was struggling to get reliability out of the Manchester, that the flight was intended to show leadership from the front. The Manchester was withdrawn from service in June 1942 and was replaced by the Avro Lancaster powered by 4 reliable Merlin engines.

Group Captain J F T Barrett (DSO +bar, DFC) was 43 years old at the time of his death. I will see if I can get the medal citations for both of these commanders.

On the aircraft that night 5 other men, including another airman with a DSO – Flt Lt A B Harrison. I wonder what his citation is for? The other crew members were Sgt Dowse, Sgt Nicholson, Sgt Hamer RNZAF and Fg Off Duckworth. We will remember them.

In the book Avro Manchester by Robert Kirby, there is an account by Wg Cdr Weir DFC in the Forward. Weir replaced Valentine in command. He mentions that one night he was wounded by anti aircaft fire and was on sick leave, when he was informed that the squadron commander, Wg Cdr George Valentine was missing on a trip to Berlin, taking the station commander with him. He says “I was recalled immediately to take command of 61 squadron . At this time we did not seem to be a very effective part of the war effort. Morale was at a low level”. (in March 1942 conversion to the Lancaster started). I think this would be tough command, to lead a squadron with an aircraft that increased the chance of ‘going for a Burton’. Desperate times. 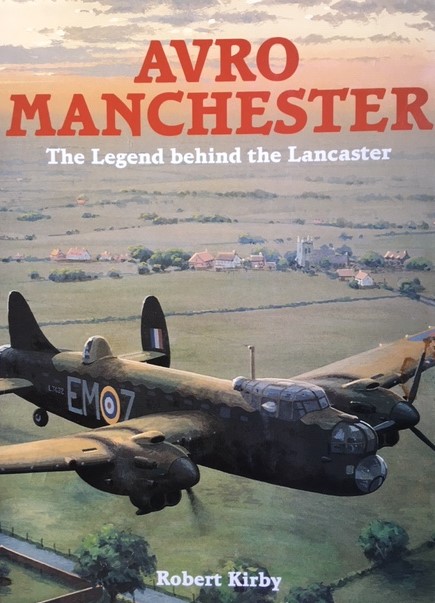 The full story of the Avro Manchester

I find the story of what happened to a 61 Squadron Manchester which crashed on the night of the 9th and 10th of January 1942, to be particularly tragic, because of the impossible situation that the airmen found themselves in. The situation is still occurring today where equipment is rushed into service and the operators have to make do. It is perhaps something that will always happen, recent examples would be Tornado pilots in the Gulf conflict never having practised with a particular real munition, and the first time they use it is on an operation at 200 feet at night.

This story is about the Avro Manchester, the forerunner of the Lancaster, having engines that did not deliver the power, leading to consequences like this story. The story can only be seen as bravery against an impossible situation.

The story is reflected in the book by Robert Kirby called Avro Manchester, the legend behind the Lancaster. This book documents the history of the aircraft, the losses, units and individual stories of operations. 61 Squadron was based at North Luffenham, and operating from RAF Woolfox Lodge.

On the night of the 9th and 10th of January 1942, 61 Squadron launched 12 aircraft as part of an operation to attack Nazi ships in Brest and Cherbourg. One of those aircraft serial number R5789 captained by Pilot Officer DS Matthews got airborne into the pitch black night.

There were eight people on board, the two pilots: Pilot Officer DS Matthews (already had a distinguished flying medal) and pilot officer TIR Wilson. On board was a flying control officer, Flying Officer CA Giles who was along for the ride. It was his first operation. Sgt Lorimer Sgt Fryer, Pilot Officer SP Walsh (presmably the navigator), Sgt Brown and Pilot Officer Lancaster (another passenger) made up the rest of the crew.

R5789 had reached a few thousand feet over the Wiltshire Hampshire border when the starboard engine lost power and caught fire. The propeller was feathered and the fire extinguished, but their position was immediately desperate.

With a full bomb load and most of the fuel still remaining their height loss was rapid and irreversible. In the pitch darkness Matthews had no idea of their precise position and bravely elected not to jettison the bombs for fear of killing innocent civilians.

The captain first steadied the aircraft while six of the crew bailed out, having safely accomplished this, the two pilots maintained their discipline and attempted a blind forced landing. Regrettably on this cruel night fate was against them and as Matthew.s flared for landing the aircraft crashed at a shallow angle into a belt of trees at Tidworth near Wiltshire Cross at 06:20. Both pilots were killed and the aircraft burnt and later the bomb load exploded.

To their eternal credit, in forfeiting their own lives the two pilots saved six more in the crew and avoided any casualties on the ground. Crash investigators were later unable to pinpoint the specific cause of the engine failure and speculated that icing may have been a contributory factor. Flying Officer Lancaster and the remainder of the crew escaped with minor injuries.

Having spent quite a lot of time on Salisbury plain I can picture the rows of beech trees that make up long lines of massive hedges across what is mainly a barren plain.

Pilot Officer Matthews was recorded in the London Gazette 7 March 1941 as being awarded a Distinguished Flying Medal (DFM). I have yet to find the citation. Matthews also had an incident on the 15 January 1940 when he was the pilot of a Handley Page Hereford from 14 OTU at RAF Cottesmore. He took off on a bombing exercise and the aircraft had engine failure and force landed at 13:25 to the SW of Pickworth, 8 miles SSW of Sleaford Lincs. There were no injuries sustained. (source Bomber Command Losses Vol 7 – OTUs)

That is the story. I think they were unlucky to hit one of these big beech hedges. Ultimately it’s because the engines were not fit for purpose. This of course led later to Avro putting four Merlin engines on the Manchester fuselage with a redesigned wing, and the Lancaster was born.

How brave to try and land a fully loaded bomber at night, I find it tragic and this story always brings a lump to my throat.